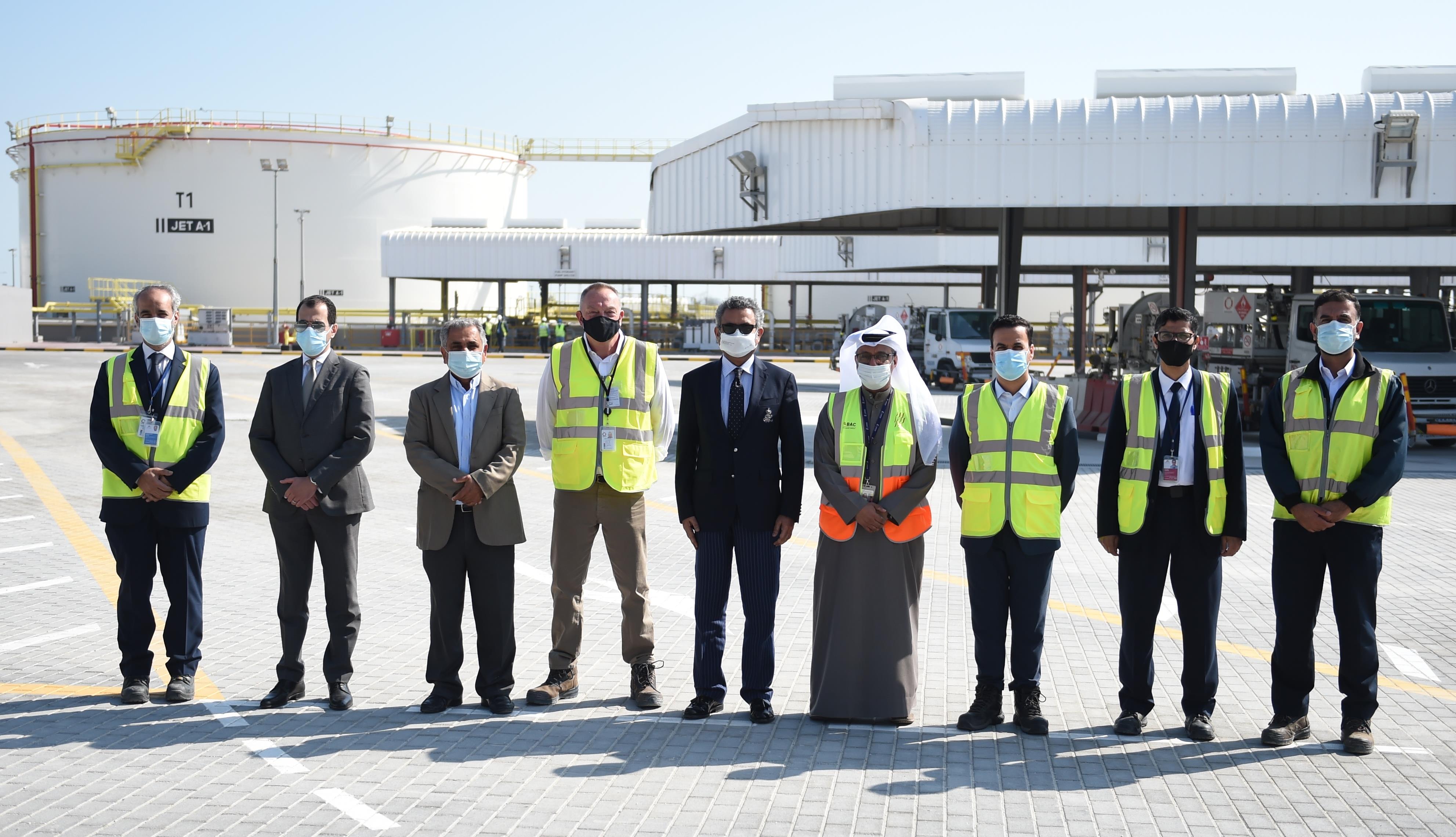 Following the tour, Mr. Al Binfalah said: “This important national project has now come to fruition, ushering in important changes to our industry. In line with directives from the Cabinet, a decision was made to relocate the fuel from its previous location in Arad to be within the boundary of BIA. BJFCO, which is responsible for managing the fuel farm and hydrant system at the airport, signed a two-year operations and maintenance contract with Bahrain Aviation Fuelling Company (BAFCO). Aircraft will be supplied with fuel through an upgraded hydrant system with newly installed hydrant lines that meet the requirements of the main apron servicing the new passenger terminal.”

He added: “The fuel farm complex is a vital component of the Airport Modernization Program (AMP) that will add value for airlines by streamlining aviation fuel supply and operations at BIA. It will position Bahrain as a major aviation fuel services hub in the region and contribute to the sustainable economic growth of the aviation sector in a major way, in line with the Kingdom’s Vision 2030.”

Housing aviation fuel tanks with a total capacity of 30,000 cubic meters, the complex covers an area of 77,000 sqm, including dedicated operational and service buildings. It is equipped with state-of-the-art safety and security features and the latest aviation product handling technologies.

BJFCO is a joint venture between Bahrain Airport Company and Nogaholding. It was formed in 2016 with the goal of restructuring the aviation fuel sector in the Kingdom and constructing and managing the fuel farm complex.

You just clicked on an external link.

You can return to the page on Bahrain International Airport that you were reviewing by clicking RETURN or you can click CONTINUE to visit the external website page you requested.

Invalid Captcha
Note: This notification is active only for 24 hrs starting from the moment of the request.
Selected flight no. - is already .
Feedback